Skip to main content
Parking & Transportation
Home > Uncategorized > A Match Made in Parking: The Love Story of Connor and Ashlyn Kasten

A Match Made in Parking: The Love Story of Connor and Ashlyn Kasten 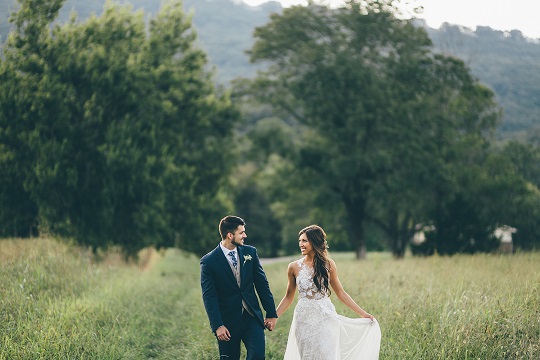 Connor and Ashlyn Kasten shared a lot in common. They were both business majors at Georgia Southern. They were both from Gwinnett County. And on Aug. 19, 2013, they both had parking citations they had to pay off. That fateful day, the start of Ashlyn’s freshman year (Connor’s junior year), their paths crossed for the very first time as they waited in line to pay their tickets. The two exchanged a few words, but not much more. Soon after, Connor, who served as a community leader (CL) for University Housing, realized the pretty girl from the parking office was actually one of his residents as well as a student in the FYE class he co-taught. He laughed about the irony of not being allowed to flirt with the sweet girl, and he moved forward with his active work and academics.

Connor had worked as a CL (now called RA’s) since his sophomore year at Georgia Southern. He loved being able to work with students, mentor them and grow with them. Aside from meeting Ashlyn, working for University Housing was the best part of Connor’s college experience.

“I got to build relationships with people I may otherwise have never gotten to get to know,” Connor said. “The community was so diverse- different backgrounds and experiences. I learned so much about conflict resolution, diversity and service. It really helped me transition into the workplace.”

Connor might have been against the rules for Connor to ask a student on a date, but that didn’t stop Ashlyn from hoping she would run into him.

“It was hard sometimes,” she laughed, “seeing Connor in Einstein’s or around campus and thinking ‘oh he’s cute,’ and wondering why he’d never flirt with me.”

Her sophomore year, Ashlyn moved out of Eagle Village and began living in her Alpha Delta Pi sorority house. Finally, she and Connor could get to know each other better.

He “officially” asked her to be his girlfriend on Feb. 15 by sending the photography enthusiast a disposable camera and asking her to develop the film. Inside were pictures spelling out “Will you be my girlfriend?” 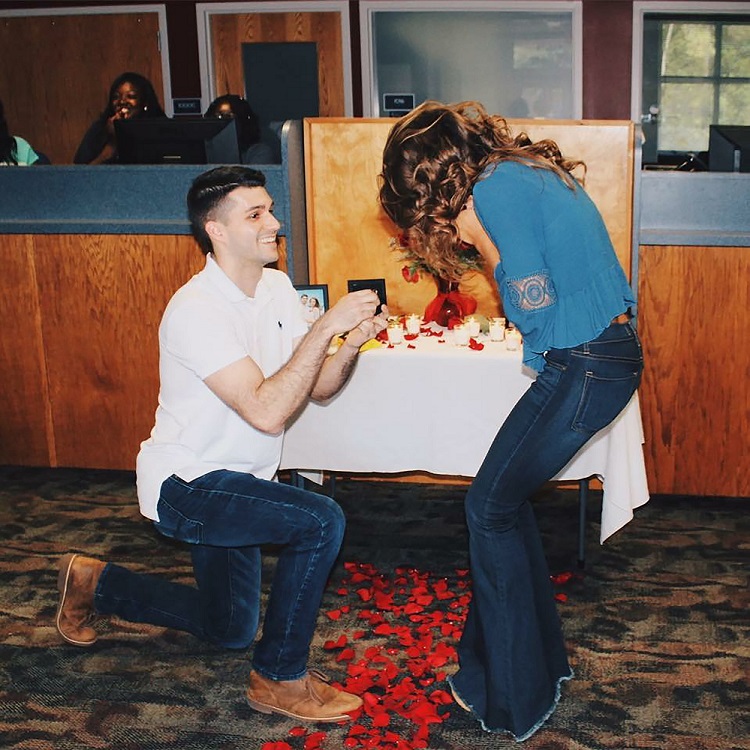 Though Connor had graduated, the couple stayed strong through two years of long-distance dating. Throughout that time, the two would meet in Statesboro for football games and frisbee dates at Sweetheart Circle. They would spend afternoons in Savannah, taking pictures and walking River Street.

In August of 2016, Connor couldn’t wait a moment longer to spend the rest of his life with his college sweetheart. He called their close friends and family to set up a rouse that would go down in Georgia Southern proposal history.

He thought back to that fateful day where he first saw Ashlyn standing in line in the Parking and Transportation office. He knew that was where he had to ask her the biggest question he’d ever asked. He called the office, and the staff were more than eager to help him see his proposal come to life!

Connor arrived in Statesboro on Aug. 18, unbeknownst to Ashlyn, to set everything up. He and his friends worked to cover the office in rose petals and place pictures of the couple on a table. The next day, he picked Ashlyn up, pretending he needed to use the ATM in the Russell Union. He parked his car in the Union lot, and the two went inside.

Meanwhile, Connor’s friend left a parking citation on Connor’s windshield. When the couple arrived back at the car, Connor exclaimed, “I’m going to show them a piece of my mind! Let’s go to the office RIGHT NOW.” Ashlyn was confused by his reaction and wondered why he wouldn’t simply appeal the ticket or pay it online, but she let him have his moment and agreed to go to the office with him.

When they got to the office, Auxiliary Services cameras were rolling, Parking and Transportation staff were eagerly watching from behind the counter, and everyone was waiting to see what would happen. For Ashlyn, though, she claims she and Connor seemed like the only people in the room.

He got down on one knee, gave her a sweet speech, and asked her to marry him. Of course, Ashlyn said, “YES.”

The importance of the Aug. 19 date carried over into the couple’s wedding plans as they set the date in 2017 for their ceremony. The two currently reside in Knoxville, TN, where Connor is pursuing his Ph.D. in finance and Ashlyn is running her professional photography business, Ashlyn Cathey Photography.

“We are definitely blessed to be Eagles,” Connor said.